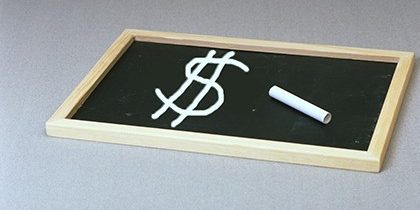 Shadow Minister for Disabilities, Carers and the Voluntary Sector

The Gillard Government has today announced a half-baked plan to address the important issue of appropriately funding students with a disability.

Without any detail as to how it would operate, the Government is unable to say exactly how much funding will be available for each student, or even how many schools will benefit.

Schools Minister, Peter Garrett, indicated during a press conference that these details were up to someone else to work out. The Government’s own statement says that negotiations with the states are still underway.

Directly following yesterday’s education re-announcement, today’s disability funding announcement is another desperate attempt to try and shift the public debate away from issues hurting the Government, such as the carbon tax debate and asylum seekers.

What detail is available confirms that Prime Minister, Julia Gillard, has learnt nothing from the roll-out of the Building the Education Revolution, as the funding for this policy will be filtered through the hands of state bureaucracies rather than directly going to support students with disabilities and their families.

The Coalition’s policy at the 2010 election was a ground breaking move towards an education card that would have paid up to $20,000 in additional funding for students with a disability directly to schools, irrespective of whether it was a government or non-government school.

The disparity in government funding between government and non-government sectors for students with a disability has meant parents are often unable to send their child to the school of their choice because the resources are not in place to support them.

The Coalition’s policy would have meant funding would follow the student to the school, allowing parents’ greater choice in schooling while providing schools with the additional resources required for students with a disability.

The Government’s ‘all feathers and no meat’ attempt to address this important issue shows they have entirely run out of ideas.

While the Coalition welcomes any additional spending on the most vulnerable students, the money could have had a greater impact if the Government had been prepared to adopt the Coalition’s policy.