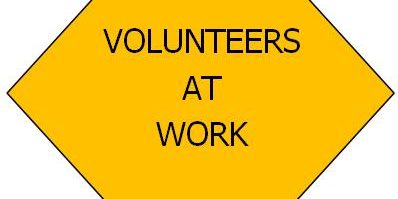 Workplace Relations Minister Bill Shorten has accused the Coalition of running a scare campaign over his Occupational Health and Safety laws, but still refuses to clarify how they will affect volunteers and not-for-profit organisations.

On ABC Radio Adelaide this morning, Mr Shorten repeatedly refused to answer legitimate questions about the penalties volunteers will soon face if they breach OH&S Laws:

BILL SHORTEN: There are a range of penalties but as anyone knows who’s been through the legal system, to just say what a penalty’s going to be absent the fact circumstance, I will cause more confusion than I will clarify.

MATTHEW ABRAHAM: What is the maximum penalty?

SHORTEN: I’m happy to send you the schedule –

ABRAHAM: No tell us on radio…this is a radio interview Minister.

SHORTEN: Yes no I do understand that.

ABRAHAM: Is the maximum penalty as The Australian has reported today and yesterday $300,000, the maximum for the worst case?

SHORTEN: Well until I can go through what the facts case is I’m not going to get into a debate about penalties 

ABRAHAM: So does that mean you don’t know what your own laws….is that what you’re telling us?

SHORTEN: No, I’m not. What I am doing is. I’ve been around long enough to know that once you start going to the catastrophe scenario, then the next day it won’t be you guys, you’ll be fine. Someone else will then say  see, a scout troop leader shouldn’t be a scout troop leader, what I am going to do  and I haven’t said this to anyone else yet is I am calling a meeting of the peak volunteer groups to go through every possible scenario that they are concerned about so we can allay these concerns, but this is a massive beat-up.

SHORTEN: No, not all.

ABRAHAM: Yes you are.

SHORTEN: Well sorry, what I’m refusing to do is answer half your question.

ABRAHAM: All right now here’s a hypothetical  if a volunteer  –

Rather than answering these questions, Minister Shorten accused the Opposition of a “beat-up” in a breathless media release issued after the interview.

Yet by attacking the Coalition over this issue, Mr Shorten is also attacking the voluntary groups, such as Scouts Australia, who have raised concerns about the effects of these laws on their organisations.

If the Workplace Relations Minister believes that this issue is just a ‘beat-up,’ he should rule out the possibility of volunteers being fined hundreds of thousands of dollars for non-compliance, and lay to rest the concerns of volunteers across Australia once and for all. The Minister’s refusal to do so is leaving these tireless volunteers in a distressing state of limbo.

The Coalition has been urging the Government to delay the implementation of the OH&S harmonisation by twelve months to give organisations a chance to prepare for and fully understand the new regime. In the meantime, the Coalition’s red tape reduction taskforce will examine the effects of these laws on the voluntary sector.