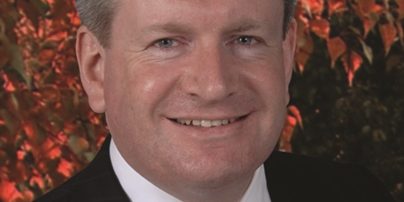 Julia Gillard again failed to pledge a single new dollar to a National Disability Insurance Scheme when she met with the families of people with disability in Sydney today.

And in remarks that echo the Leader of the Opposition Tony Abbott’s speech to the Press Club, the Prime Minister agreed that a strong economy is needed for a National Disability Insurance Scheme to be fully implemented.

“Investing in a National Disability Insurance Scheme is the kind of change we can make if we keep our economy strong.”

“…what we are working to do as a Labor Government, is to bring the budget to surplus, because that’s the right economic call for jobs and growth in our economy today, whilst we do the big things like work on the design of the National Disability Insurance Scheme.”

“ The Coalition strongly supports the Productivity Commission’s recommendation for a disability insurance scheme but, with an estimated price tag of $6 billion a year (roughly equal to the Commonwealth’s current interest bill) this important and necessary reform can’t fully be implemented until the budget returns to strong surplus. It’s one of the reasons why it’s so important to return to surplus quickly.”

Mr Abbott also pointed out that the federal budget would be in a much better position if the Labor Government hadn’t wasted billions on poorly targeted stimulus programs like school halls and pink batts:

“…it would be so much easier to pay for important and necessary reforms, like disability insurance, if we didn’t have the waste and extravagance which we have seen almost every day from the current Government.”

People with disability, their carers and families want more from this Government than fine words about the need for an NDIS.

The current Government has not allocated a single new dollar towards an NDIS. The Mid-Year Economic and Fiscal Outlook (MYEFO) mini-budget announced towards the end of last year contained no new money for an NDIS.

Money committed by the Government for an NDIS so far has simply been redirected from existing department budgets.

Bill Shorten recently attacked the Coalition’s commitment to an NDIS, saying, “the question is, are you committed to put your money where your mouth is.”

He would do well to put that question to the Prime Minister before the May Budget.

The Federal Coalition agrees that it’s important for the Commonwealth and states to work together on an NDIS, and we look forward to seeing the progress made by the Select Council on Disability Reform, which met yesterday in Canberra.