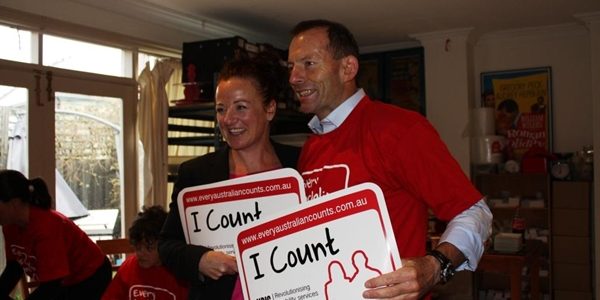 The Coalition believes that the national disability insurance scheme is an idea whose time has come.

Right now, the treatment given to people with disabilities depends upon how the disability was incurred and which state it happened in. Most rely on state government-funded disability services where demand always outstrips supply.

It’s wrong that people’s treatment should depend upon the litigation lottery or more upon what the system can afford than upon people’s needs.

The national disability scheme should be a new project that unites Australians.

It has to be done responsibly but it does have to be done.

The Coalition will do what we reasonably can to make the NDIS happen and would accept a government invitation to be jointly responsible for this vital national project.

A good way to ensure that this project remains on track through three elections would be to establish a joint select committee of the parliament co-chaired by both sides’ disabilities frontbenchers and comprising MPs with a vested interest in making it work.

Senator Sue Boyce and Craig Kelly, the Member for Hughes, for instance, are also parents with a strong practical interest in getting things done.

There are Labor members of parliament who are no less committed to taking partisan politics out of this for the benefit of everyone with a significant disability.

In the coming budget, we expect the government to commit the funds for the next stage of the Productivity Commission’s schedule and would support it doing so.

The government needs also to engage the states because they are currently the principal providers and funders of disability services.

The government must fully engage people with a disability in the design of the new system because they are the ones who will have to live under it.

It should also gain broad agreement to new arrangements in which existing disability providers can fully participate; establish a process for the training and organisation of substantially more professional therapists; and determine assessment tools that will establish a fair and sustainable basis for access to the scheme.

This year’s Pollie Pedal raised over $500,000 for Carers Australia.

Throughout the ride we spent time with people with disabilities and their carers. To meet people who are rising daily to such extraordinary personal challenges was both humbling and inspiring.