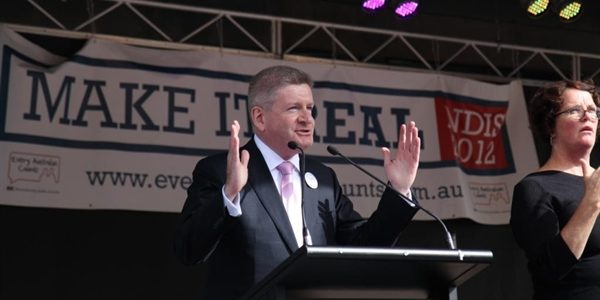 Despite the Prime Minister’s soaring rhetoric, this Budget has let down Australians with disability, their families and carers.

Prior to the Budget the Prime Minister had promised to deliver a National Disability Insurance Scheme (NDIS). She has not.

Despite Julia Gillard’s big talk, the $1 billion committed over the forward estimates to the National Disability Insurance Scheme is almost $3 billion less than the Productivity Commission recommended (attached).

Australians with a disability would be forgiven for feeling short-changed by the Budget.

The Government will be spending more each financial year ($8 billion) on debt interest costs than it will spend in total over the next four years on an NDIS.

Based on the budget figures, full implementation of the scheme by the Productivity Commission’s target of 2018 will not happen.

The Government has already rejected the Opposition’s offer of a bi-partisan parliamentary committee to be co-chaired by the disabilities frontbenchers of both parties to oversee implementation of the NDIS.

The Government has not taken the hand of bipartisanship nor properly consulted with the States. Now it looks like what has been offered was false hope.