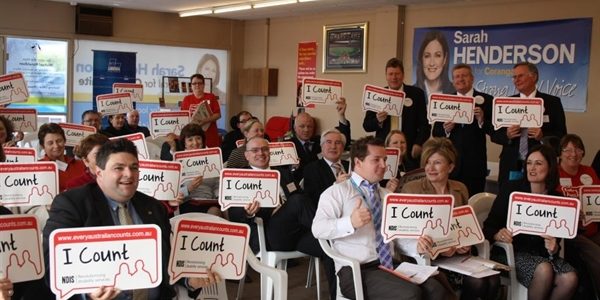 NDIS BARWON LAUNCH: IT DIDN’T HAVE TO BE THIS HARD

The agreement today between Victoria and the Commonwealth on an NDIS launch site in the Barwon region makes clear that if the Prime Minister had adopted a cooperative attitude and risen above partisanship at COAG, she could have reached agreement with Victoria much sooner.

Ted Baillieu, Mary Wooldridge and the Barwon community deserve congratulations for their persistence to secure a launch site.

The Prime Minister has still yet to answer how the first phase of the NDIS can be completed when her Government has only allocated $1 billion of the $3.9 billion the Productivity Commission said was necessary over the forward estimates.

The Prime Minister also needs to indicate how she intends to fund a full national roll out of the NDIS and whether she is committed to a full NDIS by the Productivity Commission’s target date of 2018-19.

The Coalition fully supports the recommendations of the Productivity Commission for an NDIS and has pledged to work with the Government to implement them as soon as possible.

Only bipartisanship will ensure the NDIS proceeds smoothly. The Prime Minister should accept Mr Abbott’s proposal to establish a joint parliamentary committee chaired by both sides of politics to oversee the implementation of the NDIS.

The roll out of an NDIS will span several parliaments. There needs to be a mechanism to lift the NDIS beyond partisanship and to ensure it is owned by the parliament as a whole rather than any side of politics.