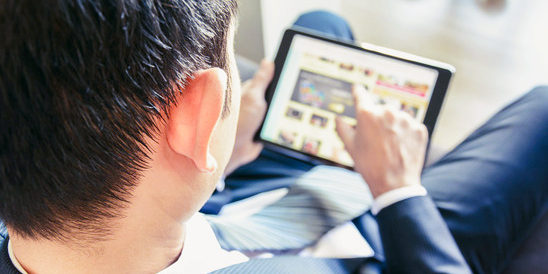 The Coalition’s faster, more affordable rollout of the National Broadband Network is delivering more bandwidth than consumers require, both now and into the future, new research has found.

The report, Demand for fixed-line broadband in Australia by the Bureau of Communications and Arts Research (BCAR) has forecast that 98 per cent of Australian households will require broadband speeds of up to 49 megabits per second (Mbps) in 2026, with only 2 per cent of households requiring more than 49Mbps to meet their usage requirements eight years from now.

The Coalition’s rollout will ensure 90 percent of the NBN fixed-line footprint will deliver download speeds above 50Mbps, and all premises will be able to receive peak wholesale speeds of at least 25Mbps by 2020.

“Today, Australians are using between a third and a half of the NBN’s capacity for entertainment services such as on-demand video. Netflix recommends a connection speed of just 5Mbps to stream high-definition video, and 25Mbps to stream large?screen 4K video,” said Minister for Communications, Senator Mitch Fifield.

“Thanks to the Coalition’s more affordable rollout, the NBN is providing Australians with more broadband bang for their buck and higher bandwidth than the majority of users require,” Minister Fifield said.

“In contrast, Labor wants to pour billions of taxpayer dollars into a gold-plated network that consumers don’t currently need and are not willing to pay for. The Coalition’s NBN is keeping internet bills low and taxes down, meaning more money in consumers’ pockets.”

The BCAR modelling suggests demand for data will increase substantially in coming years, growing from 95GB of downloads per month in 2016 to 420GB per month in 2026. Households accessing video over their internet connection will generate more than half of the forecast growth in data downloads. The report identified household composition, demographic changes, technology developments and adoption as the key drivers for increasing demand for both bandwidth and data.

Today, the average NBN connection downloads just under 200GB of data per month – almost 100 times as much as the average downloaded over mobile devices (at around 2GB per month).

The Demand for fixed-line broadband in Australia report is available to download from www.communications.gov.au/demand-for-broadband