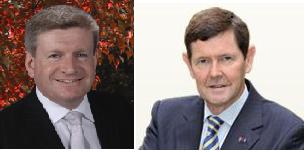 The Federal Opposition has welcomed today’s public release of the Productivity Commission’s Final Report into Disability Care and Support.

The Coalition has strongly supported the work of the Productivity Commission inquiry and congratulates Commissioners Patricia Scott and John Walsh AM on their dedication to tackling this complex issue.

The Commission’s Final Report is an important step towards providing a better deal for Australians with disability, their carers and families.

The Coalition has long maintained that providing better support for people with disability should be core government business. The Commission’s Final Report affirms this view, stating that:

“Funding of the scheme should be a core function of government”.

Good budget management is key to providing decent disability support.  According to the Final Report, the unmet support needs of people with disability equates to an additional $6.5 billion annually. That is roughly equivalent to the Gillard Government’s current debt interest repayments.

Given this Government’s track record when it comes to the administration of ambitious reform programs, the Coalition remains concerned about the Government’s ability to deliver the complex reform needed in this critical area and will monitor its progress closely.

Governments must not use the prospect of a new national arrangement as a reason to stop investing in disability support in the meantime.

The Coalition will work constructively and closely to see disability reform implemented.