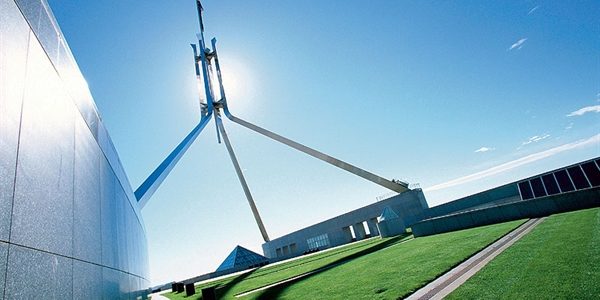 Subjects: Release of the Productivity Commission’s Final Report into disability care and support

The Productivity Commission has confirmed that Australia’s system of support for people with disability is broken. The status quo is no longer an option. Sadly in Australia, the level of support that you receive if you have a disability is determined not by your need but by how you acquired your disability. There are massive waiting lists for supported accommodation, for respite, for aids and equipment. That is tragic in a first world nation  a nation that has the resources to do better. The Productivity Commission’s work has been strongly supported by the Opposition, and it provides a glimpse as to what a better future for Australians with a disability might be. There’s still the hard work to be done. The Commonwealth and the states will need to work together to find a model that they can agree upon and that they can implement. But just as importantly, work still needs to be done to improve support for people with disability now. The prospect of a new national arrangement shouldn’t be used as an excuse not to seek to improve support in the meantime.

In terms of funding, how would you propose funding should be administered? Are you happy with the tax hikes and the spending cuts at this stage?

So are you happy with what the Commission has suggested in terms of funding at this stage?

The Commission has canvassed a number of issues in relation to funding. Obviously if there was to be a new national arrangement, there would need to be a contribution from all of the jurisdictions to a new organisation. But that’s the hard work; the hard detail that needs to be nutted out between the Commonwealth and the states. We’ve called for the Productivity Commission’s work to be referred to COAG; the Government have agreed to do that. That’s where we need to start the important work.

So if there were tax hikes to fund this, as is one of the Reports’ suggestions, would the Coalition make a fuss about that?

The truth is, people with disability and their families aren’t terribly fussed about where the money comes from. They just want the system fixed. The Opposition has an open mind about the Productivity Commission and its work. We want to examine it closely. The important thing is to find a way to deliver a better deal for Australians with disability.

Given the reluctance of some of the states in recent times to hand over any of their tax revenue, do you think states and the Commonwealth can work together on this?

Certainly the Commonwealth and the states can work together on this. New South Wales and Victoria are very supportive of a new national deal. Andrew Constance, the Minister in New South Wales, and Mary Wooldridge in Victoria have really been at the forefront of arguing for a better deal. They recognise that there does need to be a national component to this. So I’m confident that there will be good will.

The Commission has suggested that it not be means-tested. Do you think that’s appropriate?

If you have a disability and you need support – it might be something like helping you get out of bed in the morning and bathe and those personal things  if you need support you should have that support. I think the Commission broadly has come up with a pretty good model. Thank you.